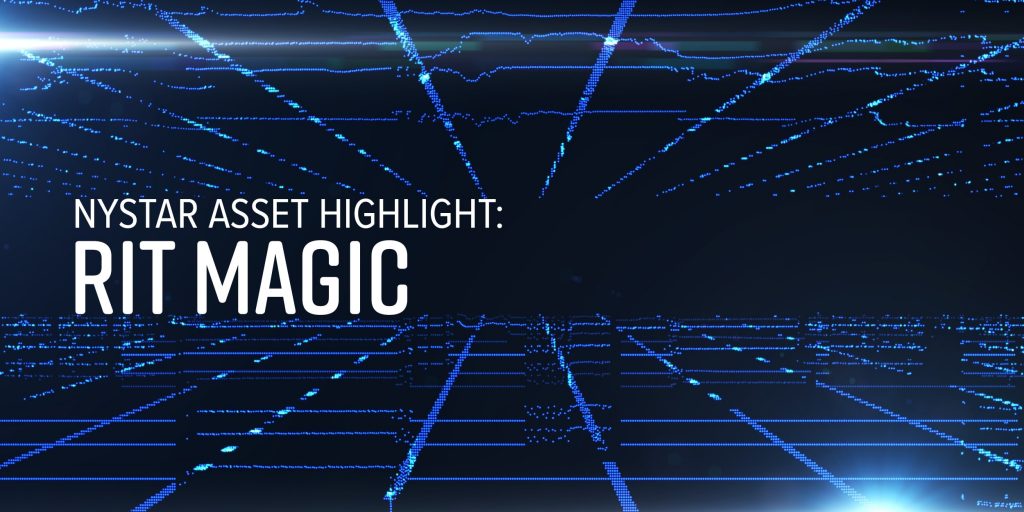 A year ago, game development was a hobby for Dennis McCorry. Then he joined the MAGIC Community Incubator at Rochester Institute of Technology and his passion became a full-time job.

Now, McCorry’s Possum House Games is a successful indie studio with its biggest game set for release early next year and enough contract work to keep him and partner Lesther Reynoso busy and solvent.

“The incubator was an awesome experience—how much I learned, the resources they made available to me,” he said. “Being able to work in that environment, having peers around me and being taken seriously and considered legitimate was huge.”

The community incubator is one of the many resources provided by RIT’s Media, Arts, Games, Interaction & Creativity (MAGIC) Center, a university-wide research center which takes a multidisciplinary, entrepreneurial approach to digital media, digital media research and production.

While MAGIC supports all forms of digital media, it is designated by Empire State Development’s Division of Science, Technology & Innovation (NYSTAR) as a Center of Excellence in Digital Game Development. It is one of three “digital game hubs”—the others being at Rensselaer Polytechnic Institute and New York University—created as part of an effort to grow the industry in New York.

“You can think of the center as a sandbox where people in any discipline can come and play, work on technology, and design and make cool things,” said Robert Mostyn, Digital Games Hub Coordinator at RIT.

MAGIC Spell Studios provides resources to entrepreneurial students and faculty with projects that may eventually be commercialized. Through the MAGIC Maker incubator program, students receive funding and academic credit to work on their games, films or other digital creations.

Students also may be hired to work on university projects in a setting that mimics an actual production studio. In 2016, this resulted in RIT becoming the first university to publish an Xbox game—Hack, Slash and Backstab. A second game, Fragile Equilibrium, was released in 2018 and a third is under development.

But MAGIC does not just work within RIT.

“We are focusing on boosting the economic development around digital media in Rochester, and MAGIC Spell Studios has been doing that by not only training the next wave of experts but by providing facilities the outside community can take advantage of,” Mostyn said.

These include a 7,000 square-foot soundstage, media labs, a color correction studio, a sound-mixing studio, a 180-seat theater, as well as the MAGIC Community Incubator—a program much like the MAGIC Maker Incubator but designed for outside entrepreneurs like Dennis McCorry.

“These are our local independent game developers, the ones that don’t have a direct line of funding,” Mostyn said. “They get funding from the incubator through the [NYSTAR] Digital Game Hub grant. We provide mentorship and we give them access to the facilities. They can come in and use anything we have. We try to connect them with industry. Our intention is to help them publish a game.”

That is exactly what happened with 29-year-old McCorry. He had an art degree and had been developing games as a hobby for a few years when he met Mostyn through ROC Game Dev, the Rochester indie developer organization of which Mostyn is Co-founder and Director. A game McCorry had spent three years creating, The Sword and the Slime, had just been published and he had a prototype for a new game, Shot in the Dark. He applied to the Community Incubator for the session beginning November 2019.

“Shot in the Dark is a really unique game and we were happy to accept him,” Mostyn said.

With $10,000 in grant funding, McCorry was able to quit his job and work full time at the incubator, developing Shot in the Dark.

“They supplemented a lot of what I didn’t know,” he said. “I came in saying ‘I know art, I know basic programming and I can work around my limited knowledge to make an interesting game with very simple tools.’”

He worked closely with John Veneron, Digital Games Hub Associate at RIT, “and he took on sort of a producer role for me. That was huge. He was able to help me break down a budget and really organize my workflow. He helped me figure out business contracts. It was a lot of logistical stuff [the resources at MAGIC] were able to hammer out. They were able to set me up with play testing, which is a whole operation on its own. They found testers for me. It was a lot of stuff like that. Really, if I had any questions at all, I would say ‘JV!’ and he was ‘Yeah, we got you.’”

As much as he enjoyed the atmosphere inside the incubator, and the ability to “bounce off” other developers, McCorry was just as grateful for MAGIC’s contacts in the industry outside those walls. For him, this meant finding both a game marketing expert and an affordable public relations firm that will assist in the release of Shot in the Dark.

By the time he left the incubator in March, at the start of the pandemic, Shot in the Dark was just about finished. He hired Reynoso to do some late-stage programming and the two decided to become business partners in Possum House Games. They plan to release Shot in the Dark after the holiday rush, when it is more likely to be noticed.

Sword and the Slime, the game that took McCorry three years to build without any budget, has 20 levels and basic programming. Shot in the Dark has 90 levels and more sophisticated programming.

“So, side by side, this is me without resources and me with resources,” he said.

In recent months, Possum House has kept busy with contract work for other area developers and is working on the prototype for another game.

“MAGIC has continued to be supportive,” McCorry said. “They have been amazing.”

Mostyn said Possum House “is a first example of how we want to help these smaller teams that are just getting a foot in the industry—help them make the connections, help provide guidelines for best practices and then get them off to the races and running.”