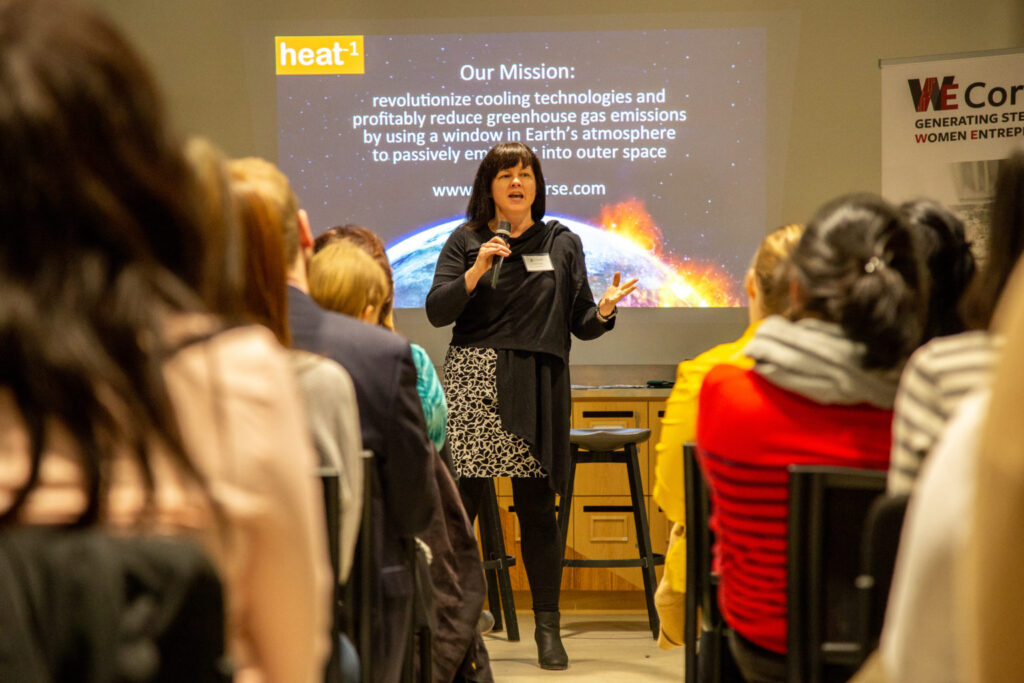 Her official title is Founder and CEO of the renewable energy company Heat Inverse in Ithaca, N.Y., but head over to her LinkedIn profile, and Romy Fain sees herself another way — as an entrepreneur/scientist.

“At a young age I rejected titles,” Fain said. “People are too dynamic and complex to put in a box.”

And in her case, titles don’t tell the full story of how Fain came to be changing the game in both the trucking and power industries with the support of the Cornell Center for Materials Research (CCMR) backed by Empire State Development’s Division of Science, Technology, and Innovation (NYSTAR).

Before she was developing clean-cooling technologies, Fain was living in San Francisco as an artist while building bicycle frames and apprenticing with a machinist/blacksmith. She opened her own shop, Romy Industries, for over 10 years until a broken neck forced her to make a life and career pivot.

“I was always good at math and science but wasn’t always a great student. I had to learn that later.” Fain said. “The silver lining of the injury was that it forced me to reinvent myself –go back to school and get my engineering degree. This gave me a much-needed positive direction to focus my attention.”

She began at the City College of San Francisco and then entered the University of California, Berkeley, where one of her professors saw her hands-on experience with metalworking and mechanics as a rare asset and encouraged her to keep tinkering. The chair of the department even personally sponsored her weekly Tinker Days, where she would work with students to find parts, including from the local Ace Junk Yard, to build their own inventions and other creative projects.

And tinkering, well, that seemed to be part of Fain’s DNA.

“I was an inventor from a young age thanks to my mom,” Fain said. “If I would find something around the house wasn’t working, we’d get out graph paper, sketch it out, go to the hardware store and make something that was better. That was normal for us. It wasn’t until later that I learned for women it was not so normal.”

Blazing her own path, Fain took her penchant for tinkering, along with her undergraduate degree in mechanical engineering from UC Berkeley to Cornell University, where the world of photonics brought new opportunities for research. Armed with her Ph.D. in electrical and computer engineering, Fain saw two choices: pursuing a job in academia or creating her own start-up.

“I like variation. I like picking what fits me,” she said. And so, in 2018, Fain created Heat Inverse.

Fain knew from the start just how critical the NYSTAR resources at CCMR would be for developing her company — from research and development to production and scaling.

“When I first came to CCMR I had no funding. It was all out of my own bank account, and there wasn’t much of that,” Fain said. “I couldn’t buy the equipment and the hourly rates of professors are too expensive. I don’t know how we would have done this without the support of CCMR and NYSTAR.”

With the support of CCMR, Heat Inverse developed a cooling film that can be applied to any outdoor surface, drastically reversing heat absorption from the sun and surrounding environments. Placed on the top of a refrigerated truck, the film lowers cooling costs and fuel consumption. 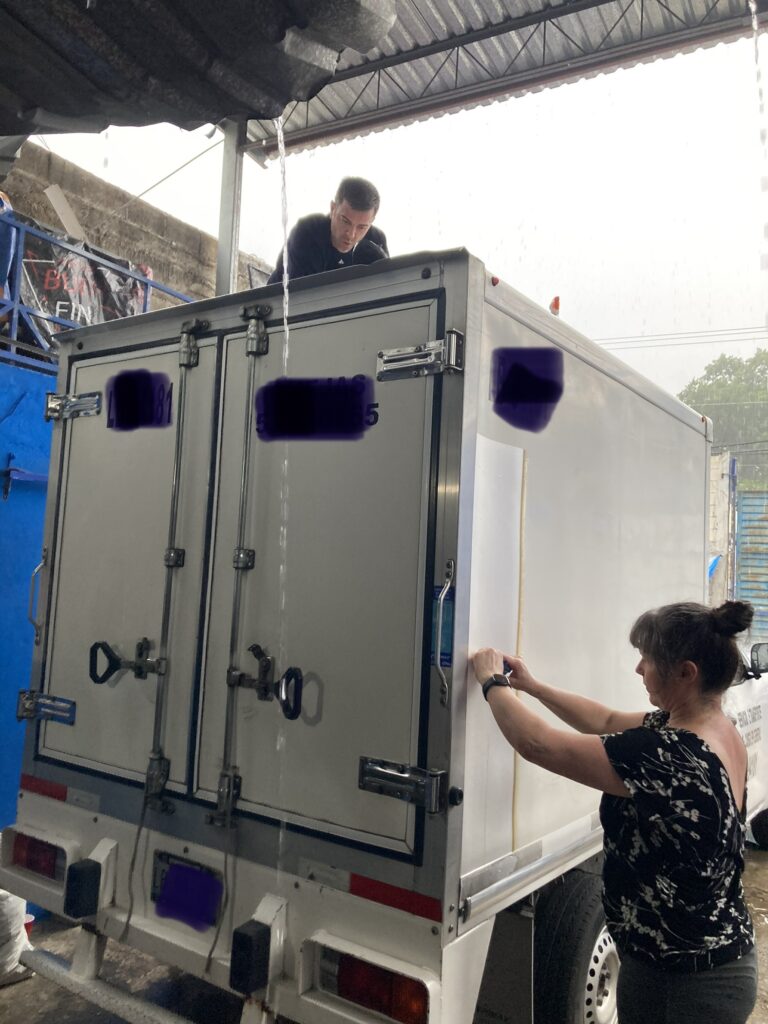 In the power industry, applying the film to the tops and sides of electrical substations will lower cooling costs, reduce the number and frequency of breakdowns, and lower emissions. The film can also increase the efficiency of solar panels.

“It can be used any place where heat reduces efficiencies,” Fain said. And the product is starting to have an impact sooner than she anticipated

“I had been told to stay away from the power industry because of long sales cycles,” Fain said. “A new product must first be integrated with the equipment and that could take years. But because this is a thin film that can go on the outside of existing equipment, the industry was ready to move forward more quickly. We have customers who are ready to purchase our films for multiple large-scale installations as soon as our paid pilots are completed.”

Fain’s intuition was right. She’s already launched pilot programs in Michigan, Los Angeles, Phoenix, and Mexico, with many more in the pipeline.