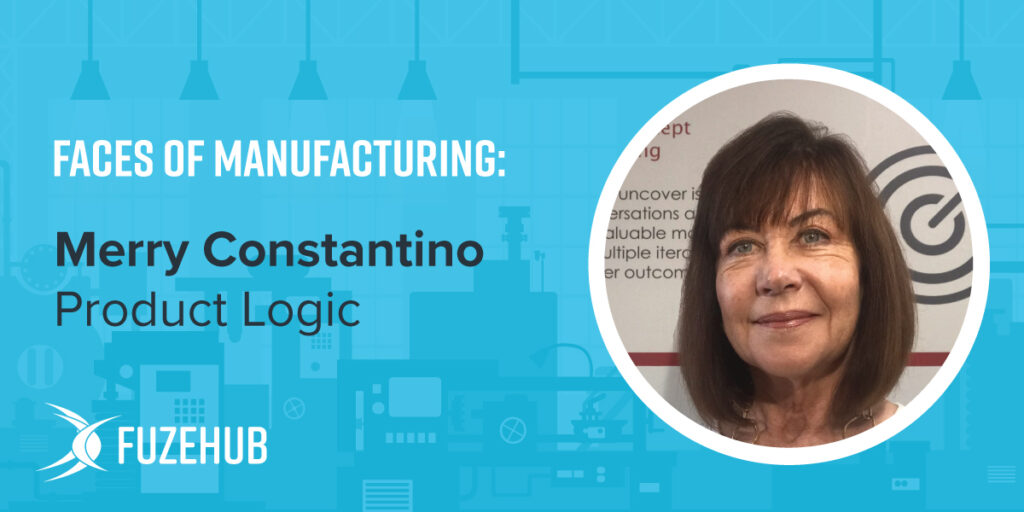 ProductLogic LLC is a 32-year-old industrial design consulting firm based in Buffalo. The company helps manufacturers at all stages of operation, in a variety of industries, to realize their visions.

Since starting her business, Constantino has played a part in developing over 100 commercial products and has been named on 18 U.S. and foreign patents.

Constantino earned a degree in Industrial Design from the University of the Arts in Philadelphia and started her career as a toy designer at the East Aurora headquarters of Fisher-Price. Over the next eleven years, she worked her way up through several departments including toys, games, and finally baby gear and a management position

“I learned so much working in that environment,” she said. “We worked in teams that represented every aspect of product development and it gave me the foundation to launch my own business.”

In 1990, Constantino left Fisher-Price and started ProductLogic. At first, she worked mainly with large manufacturers outside Buffalo. But soon, she established a reputation within the region by engaging with patent attorneys and getting involved in the startup community.

ProductLogic has three main client categories: entrepreneurs who may have little more than a sketch on a napkin and require a lot of support; well-funded startups in need of design and engineering; and established manufacturers who contract out their design work. These businesses span the consumer, medical, industrial, and recreational industries.

ProductLogic is not the same company Constantino started 32 years ago.

“We started out with no technology-embedded projects,” she said. “Few electronics, sometimes no moving parts.”
As technology advanced, so, too, did the intricacy of the projects the firm was handling.

“I started with toys, never realizing that someday I would be designing medical devices with complicated technology,” Constantino said. “We had to adapt, rather than not engage at all.”

One recent success was for a Pittsford-based startup called Viomerse. Constantino and her three-member team worked from scratch to design an augmented reality headset for surgeons. This included producing four different iterations of the product based on surgeon feedback.

“We designed it to be manufactured as a 3D-printed product, which is an emerging trend. This technology allows the client to enter the market sooner and adapt more quickly to changes that might emerge from use in the field,” she said.

Constantino and her team immerse themselves in every project, considering functionality and ergonomics for the end user while being mindful of the budget and timeline of the client.

“It is a little bit of a tightrope walk,” she said.

Constantino’s relationship with the startup community goes beyond exchanging referrals and expertise with partners such as Launch NY, the University of Buffalo’s Cultivator Program, and FuzeHub. She is past president of the WNY Invention Convention, volunteered at the 2022 Buffalo Start-up weekend, is a graduate of the UB’s Center for Entrepreneurial Leadership (UBCEL) program, and meets monthly with members who advise each other as if they were part of a board of directors.

“As a small business owner, that engagement has made such a critical difference to me,” she said.

Constantino also is a mentor in UBCEL’s Minority and Women Emerging Entrepreneurs program.

“I feel it is critical to give back what you have learned and the support you’ve gotten, and it excites me to see other women be successful,” she said.