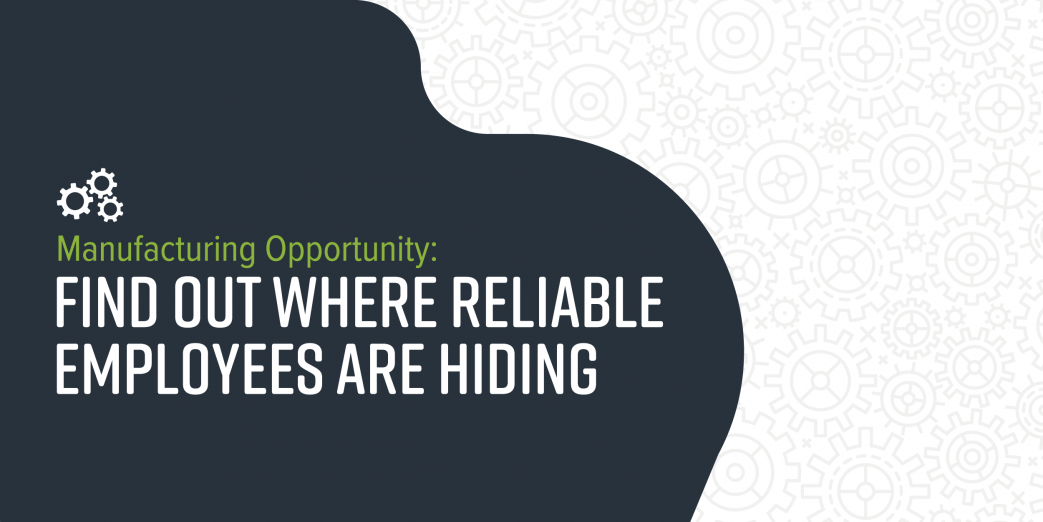 In 1949 the U.S. Chamber of Commerce and the National Association of Manufacturers conducted a poll of both organizations’ member companies to determine what was being done with regard to the employment of older workers and workers with disabilities. The summary of findings reported that companies found these workers to be competent and well equipped to handle their jobs. The survey showed that workers with disabilities were an asset to companies willing to hire them. Consequently, the U.S. Chamber of Commerce urged employers to offer equal opportunities for employment to people with disabilities.

Concerning the rate of employment for workers with disabilities, the report concluded: “Many employers are doing a very fine job in providing these workers with self-sustaining employment. Yet, much remains to be done since we still have a sizable reservoir of employable manpower among these workers which is not being fully utilized.” Today, almost 70 years later, much still remains to be done. According to the U.S. Bureau of Labor Statistics, only 19.1 percent of people with disabilities are employed. Contrast that with the employment rate for people without disabilities, which is currently 61 percent, and it becomes clear that most Americans with disabilities never received equal opportunities for employment.

How can ensuring the inclusion of people with disabilities within manufacturing strengthen each manufacturer as well as the overall manufacturing industry?

“When manufacturers make the fairly modest changes necessary in their workplaces to accommodate workers with disabilities, they substantially increase the workforce from which they will be able to recruit dedicated and reliable workers. With the current shortage of job applicants, record low birth rates, and deceasing immigration, expanding the employment pool is critical to the future of manufacturing.”

What strategies can manufacturers utilize to maximize the impact that individuals with disabilities will bring to the workforce?

“Manufacturers can reach out to organizations such as the New York Alliance for Inclusion and Innovation, NYSID, Arc of New York, FuzeHub, the Workforce Development Institute, and local providers of vocational services to individuals with disabilities. They should also look into the successes that have been achieved by other businesses.”

Have you seen an increase in opportunities for people with disabilities in the manufacturing workforce? If so, where?

“Other than the Ford Motor Company, the manufacturing sector has yet to significantly increase opportunities for individuals with disabilities. Hopefully this will change due to recent success in other sectors. Businesses such as Microsoft, SAP, Freddie Mac, and Ford are leading the way, particularly for individuals on the autism spectrum. Walgreen’s began a very successful program called “Retail Employees with Disabilities.” Home Depot and CVS are working with an organization called “Ken’s Crew” to recruit and train disabled workers. Hopefully in the near future this movement will expand in the manufacturing sector.”

FuzeHub would like to thank Pat Dowse for interviewing Ed Sayles on our behalf and making this blog post possible. Pat is Vice President of Business Development at New York Alliance for Inclusion and Innovation.

In this session, we’ll review the themes of the prior seminars and how to prepare and protect your business for working in the cyber threat environment that is a reality

In this session, we’ll review the themes of the prior seminars and how to prepare and protect your business for working in the cyber threat environment that is a reality today.  What are the key things you should have in place to inform and guide your organization and what practices should you employ to effectively defend your company?

We’ll talk about those and additional resources available to help you get there including the New York State 2020 Cybersecurity Assistance- Self Assessment Training Cohort and Grant.

The Path Forward: A Proactive Approach To Business Continuity Planning

If the COVID-19 pandemic has revealed one thing to manufacturers, it's how unprepared most of us were for such an event. Companies producing everything from PPE and ventilators to anti-bacterial

If the COVID-19 pandemic has revealed one thing to manufacturers, it’s how unprepared most of us were for such an event. Companies producing everything from PPE and ventilators to anti-bacterial wipes and toilet paper were forced to react with little to no warning. The best lesson we can all take away from this is that, going forward, we should all take a much more proactive and strategic approach to running our businesses.
Register

Rise of the Urban Foodscape lets you showcase your food and beverage company in a virtual tradeshow-style format. It’s the place to promote your products, meet buyers and suppliers, and

Rise of the Urban Foodscape lets you showcase your food and beverage company in a virtual tradeshow-style format. It’s the place to promote your products, meet buyers and suppliers, and connect with industry experts and New York State resources during COVID-19.

Come join the rest of the food and beverage ecosystem as we work together to find the way forward in the post-pandemic era. This isn’t just another Zoom call. Remo, our digital platform, is about interaction.