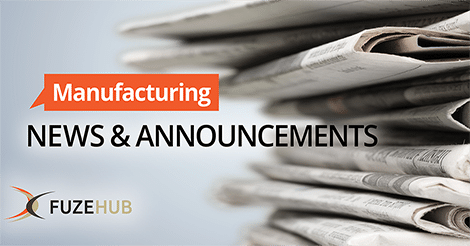 “A Buffalo-based manufacturing company is changing the 3D printing industry. They say Buffalo is on the brink of the 4th industrial revolution.”

“Your public school education exists, in large part, thanks to the Second Industrial Revolution. When the revolution took hold of America in the 1870s, 30 years after the end of the first, half of the US population still spent their days toiling in fields.”

“The renovation work at a former salt-manufacturing warehouse at 110 Marcellus St. on Syracuse’s Near Westside is complete.”

“Vince Falcione has been associated with the Albany Procter & Gamble plant so long, he has become the face of the company for many in the community.”

When They Promise To Bring Back Manufacturing Jobs, They’re Promising Stagnation

“The British fought three wars in Afghanistan over an 80-year period.  They finally left this “graveyard for empires” in 1919, only to eventually be replaced by the Soviet Union in the late 70s, and the U.S. in the aftermath of 9/11.”

“Standouts in the region’s manufacturing industry will be honored by their peers and the Rochester Business Journal in the inaugural Technology and Manufacturing Awards event next month.”

Any manufacturing company currently in operation has been subject to a number of COVID-related issues including risky supply chain to enhanced employee safety requirements to uncertain distribution channels. But for

Any manufacturing company currently in operation has been subject to a number of COVID-related issues including risky supply chain to enhanced employee safety requirements to uncertain distribution channels. But for manufacturers in the Food & Beverage industry, there is an additional health component that puts their operations at even greater risk. This event will offer manufacturers an opportunity to network and share successes and best practices, followed by experts sharing insights on how Food & Beverage manufacturers can navigate through various pandemic-related issues and get access to the necessary resources they need.
Register

As part of the Jeff Lawrence Innovation Fund, FuzeHub will hold its fourth New York State Commercialization Competition on November 18 & 19, 2020. Companies will compete virtually to demonstrate

As part of the Jeff Lawrence Innovation Fund, FuzeHub will hold its fourth New York State Commercialization Competition on November 18 & 19, 2020. Companies will compete virtually to demonstrate the commercialization potential of their technology or product and can win up to $50,000. This competition is intended to help small and medium-sized manufacturing and technology companies strengthen their “go-to-market” strategies as they move from new product/production method to marketplace.

When life throws you lemons, you make lemonade. But when life throws you a pandemic, what do you do? For manufacturers, you have to figure out how to deal with supplier issues and changing market requirements. This could mean redesigning your product to utilize different materials or address new customer needs, or it could mean you have to reuse and remanufacture components in order to meet demand. The current manufacturing landscape is extremely dynamic, and developing some product workarounds can help navigate the crisis.
Register