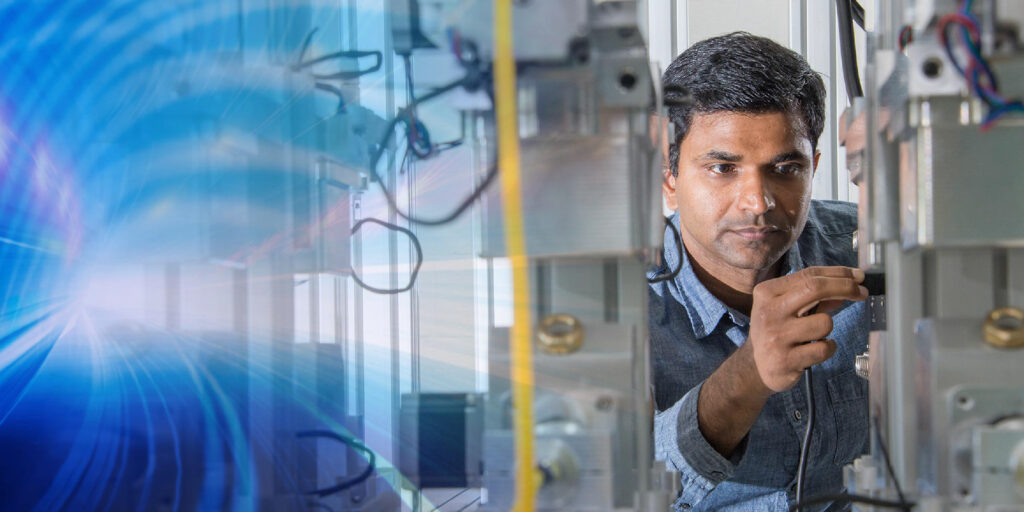 Free Form Fibers (FFF) is a Saratoga Springs, New York, small manufacturer making high-value, inorganic, high-purity ceramic fibers and materials through a laser-driven chemical vapor deposition (LCVD) process it has been developing for 15 years. FFF has primarily operated as an R&D operation since its founding in 2006. Since 2010 it has received 13 Small Business Innovation Research (SBIR) grants totaling $5.8 million from the U.S. Department of Energy, National Science Foundation, NASA and Army. Its high-performance materials have applications in aerospace, semiconductors and energy. As the company shifts to commercialization its payroll has grown from seven in March 2020 to 12.

In early 2020, FFF began taking steps to scale up production of its high-performance ceramic fibers. “We needed to make the big step to go from R&D scale to manufacturing scale,” said FFF CEO Shay Harrison. To help FFF prepare Harrison called on the Center for Economic Growth’s (CEG) Business Growth Solutions (BGS) unit, part of the New York MEP and the MEP National Network™, to lead a prescriptive value stream mapping project. The overall goal of this project was to plan for the ramp up of production to achieve time and motion efficiency.

Free Form Fibers’ commercialization plans are now stronger because of the insights the Center for Economic Growth helped us gain through the value stream mapping process. From our growth as an R&D firm to our shift toward commercialization, CEG has helped us unlock value in the company and we will continue to rely on CEG’s expertise as we further scale up.

FFF operates in an old cereal manufacturing building in the Grande Industrial Park. As part of its scaling up effort, FFF moved its LCVD production equipment to a compact space: a 1,000-square-foot room previously used as a machine shop. Tom Bell, CEG BGS’s director of technical services, led the value stream mapping project. FFF’s CEO had worked with Bell years earlier while Harrison worked as the director of research and development of Blasch Precision Ceramics in Menands.

The FFF team is now designing the next step-up production system in which the company will increase its throughput by six-fold at full buildout. Bell worked closely with FFF’s production manager and co-founder, Ram Goduguchinta, to understand and refine the system and ensure production was at the highest level of efficiency prior to the ramp.

One insight that resulted from the value stream mapping process centered on an access point for one of the heads on the LCVD tool. Bell noted that the existing access point would pose challenges for a technician trying to test or manually access materials produced. He recommended the heads be redesigned in a way so a technician could easily access them. Bell also mapped out where in the manufacturing process quality checks should be performed. “Tom was very insightful about what data you need to capture and when,” Henderson said.