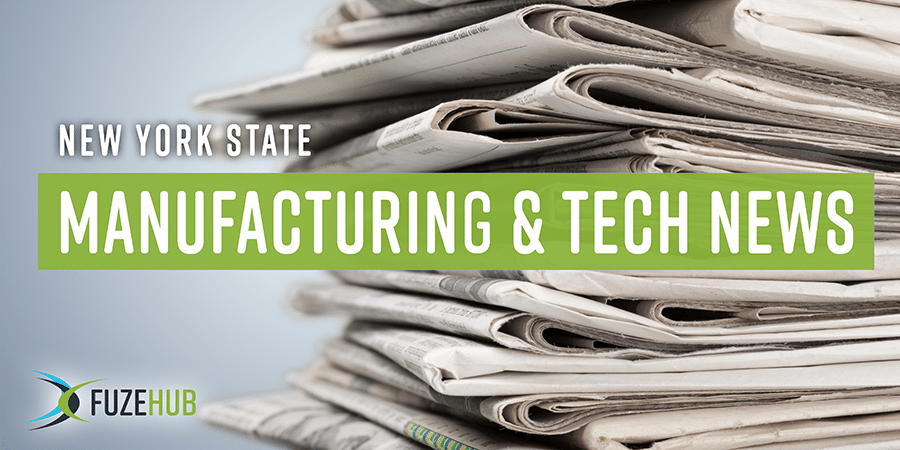 “The $125 million facility will be located at 1025 John St. in Henrietta, which is separate from the Plug Power plant located within the Eastman Business Park. The gigafactory is expected to employ 377 people and will include up to 200,000 square feet.”

“The project is expected to expand the Port of Albany as it is prepared to produce 150 off-shore wind towers, and create up to 350 long-term jobs.”

“The Capital Region is among just 51 metro areas in the country that benefit from $1 billion or more in annual corporate and government spending on research and development.”

Geneva manufacturer is growing with $1.5M project on Rt. 14

“The Geneva manufacturing business, which focuses on plastic fabrication, is looking to add a new facility in town. The estimated $1.5 million project will be on Rt. 14 near Gambee Road.”

Made in Buffalo: Oxford Pennant

“Oxford Pennant’s handmade felt flags and banners are getting national attention, thanks to a marketing deal with the Buffalo Bills and several high-profile installations of their work around the city in response to the excitement of the Bills’ playoff run.”