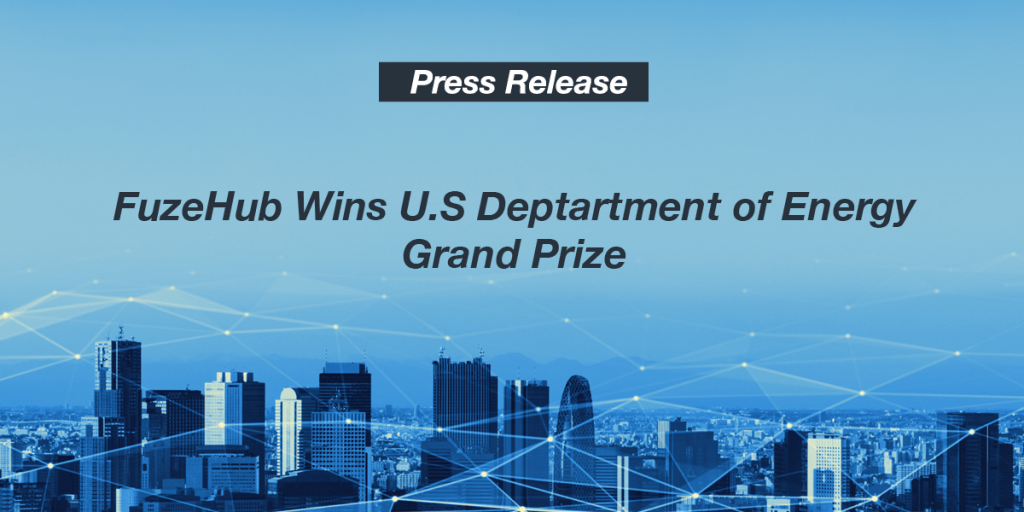 “Our team at FuzeHub is excited about the impact we’ve made during the AIM Onshore Prize Competition. The funding we earned will strengthen our efforts to help innovators successfully scale their companies and create opportunities for New York manufacturers to produce new technologies,” said FuzeHub Executive Director Elena Garuc. “Across the state, innovators and manufacturers are doing groundbreaking work, often with support from the NY MEP network, to make New York State a global leader in clean technology and advanced manufacturing. The AIM Onshore prize will help accelerate the progress.”

FuzeHub was one of four organizations nationwide to be named finalists and awarded an initial $150,000 prize in 2018. The four finalists leveraged DOE’s Build4Scale training program to help strengthen manufacturing in their states or regions. Each organization then submitted an overview of their impact to DOE, which determined FuzeHub as the winner.

With its initial AIM Onshore prize, FuzeHub and its partners delivered the following impact:

• They trained over 130 innovators and stakeholders, including about 100 clean-tech hardware companies and about 30 contract manufacturers and partners.

• Each innovator received an average of 10 hours of training to effectively scale their products, grow their companies and/or partner with area manufacturers.

• Build4Scale attendees connected with over 40 domestic suppliers after the workshop, paving the way toward greater economic impact.

FuzeHub is part of the New York Manufacturing Extension Partnership (NY MEP), a network of organizations that provide growth and innovation services to small and mid-sized manufacturers in every corner of the state. In 2018, the NY MEP helped 5,351 manufacturers create or retain jobs, generating $819.3 million in company cost savings, new investments and increased or retained sales by providing affordable services ranging from technology acceleration to product development to manufacturing scale-up.