After serving on the Board of Directors for a number of years, and serving as Chairman for two, John was appointed to the position of Executive Director of the Herkimer County Industrial Development Agency on 2/18/2018. Since that time, he has continued to aggressively market all of the available properties in each of the Herkimer County Business Parks. In fact, most recently it was announced that the Frankfort 5S South Park is now at capacity.

Prior to his position at the IDA, John was employed for the last 18 years as Sales Engineer for CTM Corp. This small precision machine shop in Frankfort, NY is credited with machining parts that were used on the NASA Phoenix Mars Lander and the Mars SAM Project. During his time there, John was able to institute new import and export Agreements with Israel and Canada.

From 2008-2011, John served as a District Legislator on the Herkimer County Board of Legislators. Serving on the Ways and Means, Planning and Development (Chairman), Properties, IT, and Human Services Committees. In this position he organized the first Economic Development Day in the county and implemented a new marketing approach targeted at enticing companies to this area. 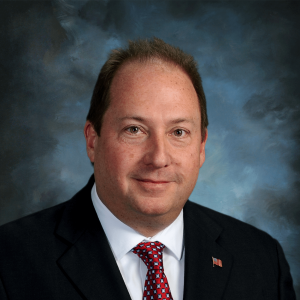