In November 2021, Nivardo Lopez was appointed Deputy Secretary for Transportation for the New York State Executive Chamber.  In this role, Nivardo serves as a senior advisor to Governor Kathy Hochul on all statewide transportation and infrastructure issues and coordinates decision-making on policy, budget, and operations.

Previously, Nivardo served as Bronx Borough Commissioner for the New York City Department of Transportation (NYCDOT).  In that role, he advised the Commissioner on all policy issues affecting transportation in the Bronx and worked with the various divisions within the agency to ensure effective service delivery in the Bronx.

In 2014, Nivardo joined NYCDOT as the Director of Legislative Affairs, responsible for developing the agency’s legislative agenda.  Prior to working for NYCDOT, he worked for Comptroller Scott Stringer as Director of City Legislative Affairs and for the Bloomberg Administration as the Bronx Director for the Mayor’s Community Affairs Unit.

Nivardo began his career in government working at the New York City Council. Mr. Lopez is a longtime resident and native of the Bronx. He holds a B.A. in History from Saint Joseph’s University and a M.A. in History from The City College of New York (CUNY). 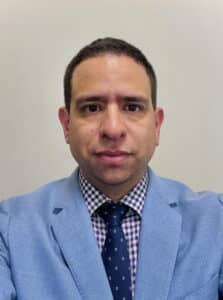