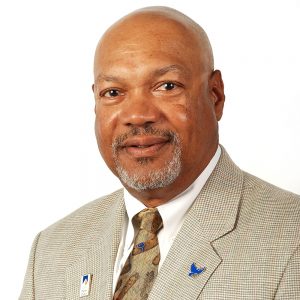 Everton H. Henriques is the NY MEP Solutions Director at FuzeHub. He is focused on helping the manufacturing community, general industry, start-ups, the local colleges and universities and business leaders to advance innovation and technology. Additionally, Everton is president and founder of E.H. Hall, Inc., a consulting and supplier firm in the process development, environmental, safety and health arena. He is a co-founder and vice president of the former Panasonic Plasma Display Laboratory of America, Inc. (formerly Plasmaco, Inc.) where he managed their process development, engineering and prototype manufacturing activities. Plasmaco developed and made the first full color 60-inch HD plasma display television in the world in 1999.

Everton was an engineering manager at IBM’s Kingston plasma display manufacturing facility and was responsible for setting up Plasmaco’s facility in Highland. Everton has 32 years of experience in plasma display R&D and manufacturing business. Prior to his employment with IBM, Everton worked as a research chemist for Texaco, Inc. He received a BS degree in Chemistry and an MA degree, with emphasis in Physical Chemistry and Materials Science, from SUNY New Paltz. He also received the IBM Business Decision Making Course (MBA Fundamentals) Certificate from the Darden School of Business at the University of Virginia, Charlottesville, VA. During his tenure at IBM he received the IBM Inventor of the Year Award three times, the IBM Invention Achievement Award and the IBM Outstanding Technical Achievement Award. He holds one US Patent and has several disclosures and publications. Everton was Chair of the Board of Trustees for the SUNY New Paltz Foundation (2007 – 2009) and served as a Director for 15 years. In addition, he is a co-founder, former president and director of the Hudson Valley Rail Trail Association, member and a past president of the Highland Rotary Club, member of the Fort Rensselaer Club, member of the 2004 – 2006 Ulster County Charter Commission, and member of the SUNY New Paltz Engineering Advisory Board.

Everton was inducted into the School of Business’ Hall of Fame at SUNY New Paltz in 2010.

In this session, we’ll review the themes of the prior seminars and how to prepare and protect your business for working in the cyber threat environment that is a reality

In this session, we’ll review the themes of the prior seminars and how to prepare and protect your business for working in the cyber threat environment that is a reality today.  What are the key things you should have in place to inform and guide your organization and what practices should you employ to effectively defend your company?

We’ll talk about those and additional resources available to help you get there including the New York State 2020 Cybersecurity Assistance- Self Assessment Training Cohort and Grant.

The Path Forward: A Proactive Approach To Business Continuity Planning

If the COVID-19 pandemic has revealed one thing to manufacturers, it's how unprepared most of us were for such an event. Companies producing everything from PPE and ventilators to anti-bacterial

If the COVID-19 pandemic has revealed one thing to manufacturers, it’s how unprepared most of us were for such an event. Companies producing everything from PPE and ventilators to anti-bacterial wipes and toilet paper were forced to react with little to no warning. The best lesson we can all take away from this is that, going forward, we should all take a much more proactive and strategic approach to running our businesses.
Register