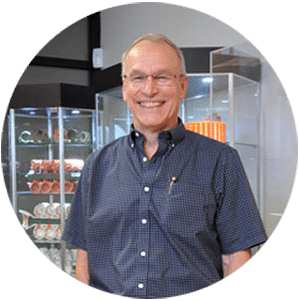 'He has literally been in and around the investment casting industry his entire life,'- Bruce Phipps, founder and president, about Aaron Phipps, vice president of marketing and sales.

Founded in 1972, this Hudson Valley company has developed more products and systems than all of its competitors combined. Today, MPI Systems continues to innovate and embrace new technologies. In addition to wax injection systems, MPI uses integrated robotics technology to provide consistent, cost-effective services. With customers such as Pratt & Whitney Aircraft, Rolls Royce, and Hitachi, MPI Systems is the worldwide leader in wax injection systems and a true champion of automation.

Bruce Phipps, the founder and president of MPI Systems, started the business back in 1972 with a single partner and a lone employee. As the company grew and technology advanced, Phipps developed the first wax-room automation prototype and installed the first production-quality automated pattern and assembly system. Phipps holds seven patents in the area of wax-room automation and has partnered with NYSERDA and Rensselaer Polytechnic Institute on research projects.

Today, the company that Bruce Phipps started has 75 employees with backgrounds in disciplines such as mechanical and electrical engineering. When customers purchase equipment, MPI employees travel with the machines and provide setup and training. “I give personal foundry tours to our people,” Phipps says, “so that they really understand what the customer base does with our products”. Typically, MPI employees produce between 60 and 80 machines a year.

The team at MPI Systems, Inc. includes Aaron Phipps, Bruce’s son and the company’s vice president of sales and marketing since 2016. Aaron, who holds an engineering degree from Rochester Institute of Technology, began working his way up at MPI Systems long before college. “He has literally been in and around the investment casting industry his entire life,” Bruce says. Before taking on an executive-level role, Aaron worked in MPI’s production engineering and automation engineering departments.

Importantly, Aaron Phipps also managed the MPI Technology Center, a state-of-the-art wax room where customers can observe a fully-automated facility. Equipped with a range of MPI’s products and systems, this advanced wax room allows customers to observe not just the machines, but the quality of the parts that MPI’s equipment can produce. Wax room innovations include a removable wax conditioning reservoir and docking station that’s designed for clients who need to condition multiple waxes simultaneously.

“The MPI Technology Center is the centerpiece of our manufacturing facility,” Aaron Phipps explains. Before making a capital investment, companies from around the world can take a “try it before you buy it” approach using their own waxes and dies. In addition to automation demonstrations, MPI Systems provides pattern production, research and development, and wax testing services. The MPI Technology Center also specializes in process control and validation for benefits such as reduced scrap.

Since 2010, MPI Systems has doubled in size. Customers as far away as China keep the company busy, but Bruce Phipps and Aaron Phipps make time to advance their industry. Aaron teaches the wax section of the Certification Course for the Investment Casting Institute (ICI), and Bruce Phipps is an ICI Hall of Honor inductee. Closer to home, Bruce’s Manufacturing Champion Award from The Council of Industry shows how important MPI Systems is to manufacturing in the Hudson Valley and beyond.