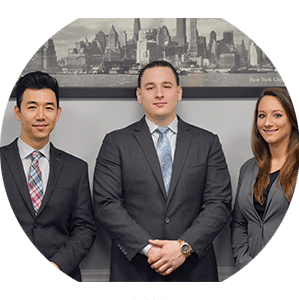 “After thousands of man hours of building, testing, and perfecting, we are proud to achieve what was once thought the impossible,” Chris Nelson says.

Chris Nelson, FiberTrap’s Chief Executive Officer, and Brianna Nelson, Esquire are two of the four children of Glenn Nelson, the company’s founder. Glen Nelson was a landlord with a high-rise building that was repeatedly plagued by bed bugs – small brownish insects that live on the blood of animals or humans and cause health problems such as skin rashes and allergic reactions. He spent tens of thousands of dollars on bed bug treatments, but none of these approaches worked.

After many failed attempts to eradicate an infestation, a tenant tried to solve the problem and suffered tragic consequences. After pouring alcohol onto an infested mattress, the resident lit a cigarette which ignited the mattress. Fire spread to a large portion of the building. Glen Nelson was “devastated” and “unfairly branded a slumlord”, Brianna Nelson recalls, so he engaged an inventor, Kevin McAllister, to find a bed bug solution. “They created a better approach that actually worked,” Brianna Nelson says. “Subsequently, they teamed up with university researchers to develop a safe, effective product.”

Dr. Harry Shan He, a chemical engineer and now FiberTrap’s Vice President and Chief Scientist, was a student at Stony Brook University when Glen Nelson and Kevin McAllister began their effort. Shan He began working on the FiberTrap technology in 2013 and helped create the specialized elastic fiber that is now used in FiberTrap products. He also developed the proprietary pheromone that entices bed bugs to enter the trap: a rough-surfaced hyperrectangle filled with fibers that, with their specifically tailored loop structures, snare bed bugs by the legs.

Developing FiberTrap technology subsequently required building a custom electrospinning machine. A fiber production process, electrospinning uses electric force to draw charged threads of polymer solutions into micro-level fibers. “Due to the intricate structure of our fiber,” Dr. Shan He notes, “we had to come up with a strategic way to manufacture it and protect it from damage.”

FiberTrap technology gained the attention of multinational manufacturers when first created but was thought impossible to mass produce. Nevertheless, at the end of 2016, the FiberTrap team engaged an experienced engineer, Jonathan Cook, to custom-build a machine that was capable of mass production and had a compact footprint.

In early 2019, Cook installed a complete assembly line at FiberTrap’s 5,000 square foot facility in a Long Island industrial park. “After thousands of man hours of building, testing, and perfecting, we are proud to achieve what was once thought the impossible,” Chris Nelson says. Today, FiberTrap has multiple assembly lines with a custom-made electrospinning apparatus located in the center. There are also plans for expansion that will encompass additional electrospinning machines tailored to products for combating cockroaches, termites and ants. “We are focused on expansion, aiming to become the ‘green’, safe alternative in the pest control market for all insects,” Brianna Nelson explains.

Demand for FiberTrap is especially strong among hotel owners because bed bug litigation is common and guests have sued for millions of dollars. “Our Preventative Maintenance Program minimizes liability for hoteliers and helps keep them compliant in their legal obligations to guests,” she says. “The hotel owner will be engaged in taking proactive measures to properly monitor and help prevent bed bug infestations.”

Made in New York State

FiberTrap’s entire operation and production is located in New York State, which is a point of pride for the Long Island company. “We keep everything in-house to ensure the highest level of integrity in our company and product,” Brianna Nelson adds.