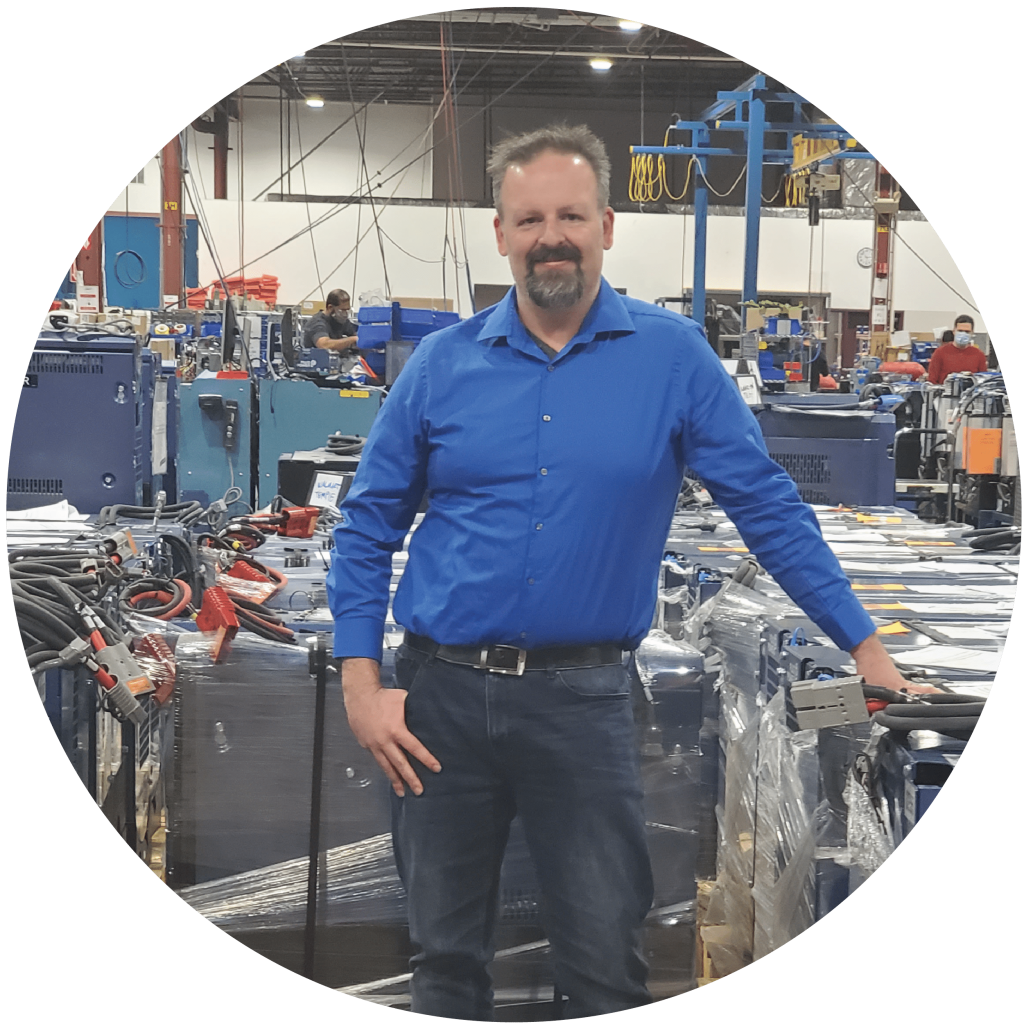 “I need to find another me.”

Plug Power Inc., based in Latham, NY, is a leading, vertically-integrated green energy company building and growing the global hydrogen economy. Plug Power produces, stores, and distributes green hydrogen and develops turnkey solutions for its customers and partners around the world.  At a time when the state and country are focused on reducing greenhouse gas emissions and fostering sustainability, this technology allows such customers as Walmart, Amazon, and Home Depot to improve their productivity and operate more efficiently while meeting both of these goals.

Dan Connelly, Production Manager for Plug Power, joined the company 21 years ago on a part-time basis but says, “I quickly realized that this company represented an opportunity to change the world.”

Plug Power was founded in 1997, as a joint venture of Albany-based Mechanical Technology Inc. and DTE Energy Co. of Detroit.  Connelly, now 41, joined the company just two years later.  He was a student at Hudson Valley Community College, studying criminal justice with an eye toward joining the FBI.  His father, a scientist at GE, had a friend at Plug Power and got Dan a part time job there.

“I was tasked with taking data every hour, so during the down periods I watched the units, I saw how temperatures moved and trend lines moved and how if you did this it would change that,” he said.

This knowledge would come in handy when he decided criminal justice wasn’t for him and he would stick with Plug Power.  He was named an Assembly Technician, helping to build fuel cells. He also was helping to build Plug Power’s Latham headquarters. The company was growing rapidly and hiring test technicians, a job one step above Connelly’s.

“The day finally came when we had our first fuel cell delivered to the room, and I was helping build the room,” he recalled. “It was kind of funny because these 15 guys were standing around this unit and no one knew how to hook it up or start it up because they’d never seen one before.  I walked over and helped them hook it up, start it, and get it producing. The manager grabbed me by the ear, walked me to the VP of Operations’ office and made him hire me as a Test Tech on the spot.”

Six years later he was promoted to Team Leader. About 12 years ago he advanced to Production Manager, overseeing about a dozen people. He now has 230 people, in 10 teams, reporting to him.

Teal Hoyos, Director of Marketing and Communications for Plug Power, said Connelly is a “perfect example of someone who showed up and was ready to work and wanted to learn and contribute.  Plug Power offered him that opportunity to grow with the company and to help influence the company over the years.”

The 230 people under Connelly are among the roughly 1,300 people Plug Power employs worldwide.  The company, which started out making proton exchange membrane fuel cells for residential use, now tailors its work to the needs of large commercial customers.

“I think that is the biggest change in the company over the years,” Connelly said. “Instead of trying to take the technology and make it fit, we took a customer’s problem and had our technology solve that problem.  That took us from an R&D concept into a money-making manufacturing company.”

There are more than 40,000 Plug Power fuel cells deployed worldwide. The company also now provides hydrogen refueling infrastructure, green hydrogen architecture and the service to support it.  It is the world’s largest user of hydrogen.

Some recent deals have helped solidify Plug Power’s position as a truly global company. These include a memorandum of understanding, signed in January, for a joint venture with Groupe Renault, a leading European vehicle manufacturer, and a $1.6 billion joint venture with SK Group, the largest conglomerate in South Korea.

“Despite its worldwide reach, Plug Power is still a ‘proud New York company’ with over 1,000 employees across upstate NY.  It is a New York State economic development success story and enjoys strong relationships with members of the state legislature, Empire State Development, the New York Power Authority, NYSERDA, and several local economic development corporations throughout the state.”

“I need to find another me.”

The tremendous growth at Plug Power has led Connelly to two, interrelated, conclusions.  One is that the company is running out of manufacturing space and will likely need a second location.  It already has opened a plant dedicated to the hydrogen assembly process.

The second realization, he said, is that “I need to find another me.”

In other words, Plug Power will need a second Production Manager to take on more manufacturing units, as well as people to work in those units. He predicts that fuel cells for cars will be the “next massive jump” for the company.

Join the New York Manufacturing Extension Partnership (NY MEP) and its partners for a four-hour Cybersecurity Self-Assessment Workshop on April 21, 2021 from 9 AM to 1 PM. Our experts

Join the New York Manufacturing Extension Partnership (NY MEP) and its partners for a four-hour Cybersecurity Self-Assessment Workshop on April 21, 2021 from 9 AM to 1 PM. Our experts will explain what you need to know about NIST SP 800-171 and guide you through hands-on exercises as you assess your cyber readiness. You’ll also learn about the Supplier Performance Risk System (SPRS) and how to determine your SPRS score so that you can submit it for DoD contract opportunities.

NYS manufacturing companies that enroll in this free workshop will receive:

12may8:30 am12:00 pmFeaturedDriving Growth Through Digital Marketing

Driving Growth Through Digital Marketing: A Hands-on Workshop for Manufacturers is a fast, focused, and interactive event for established manufacturing companies who want to power business growth through proven techniques. This

Driving Growth Through Digital Marketing: A Hands-on Workshop for Manufacturers is a fast, focused, and interactive event for established manufacturing companies who want to power business growth through proven techniques. This virtual event is led by industrial marketing experts and consists of three one-hour tracks that will give you the tools to build personas and power both inbound and outbound marketing. Space is limited to support small group and one-on-one learning, so register today.

How the Mohawk Valley Feeds Innovation

How the Mohawk Valley Feeds Innovation is where the industries that support the region’s agricultural ecosystem will connect in a powerful virtual format. Whether you’re a food or beverage producer,

How the Mohawk Valley Feeds Innovation is where the industries that support the region’s agricultural ecosystem will connect in a powerful virtual format. Whether you’re a food or beverage producer, a packager or processor, or part of supporting industries such as woodworking, metal fabrication, or transportation, this event is for you.

Come join the rest of the agricultural ecosystem as we build valuable business connections throughout the Mohawk Valley and across New York State.

How the Mohawk Valley Feeds Innovation lets you: