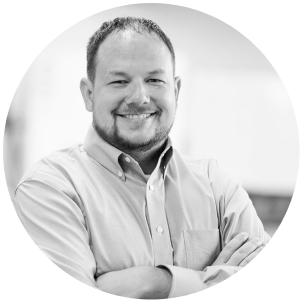 "We can remove what-ifs and empower the designer at the beginning of the process to know what it will take to make a customer-ready part."

Hutchinson, the founder, president, and chief technical officer of PostProcess, leveraged his U.S. Navy training in radar interrogation and signal analysis to develop a technology that removes a costly production bottleneck. Keller, vice president of operations at KTC, recognized a valuable opportunity for his fifth-generation, family-owned business. Today, PostProcess is the innovator and KTC is the machine builder in a successful arrangement that builds upon each company’s strengths.

Designing and Transforming the Process

3D printing or additive manufacturing uses support structures that are required during the build process but must be removed to arrive at a final part. Additionally, most parts require post-processing to remove surface imperfections such as blemishes or raised areas. Part manufacturers can use manual finishing processes, but hand finishing is labor-intensive and can provide inconsistent results. Additionally, manual surface finishing isn’t easily scalable across large volumes.

PostProcess Technologies solves these challenges through a combination of proprietary software, patent-pending hardware, and environmentally-friendly chemistry. Automated processing is more efficient than manual finishing, but the company’s solution isn’t just about reducing labor costs and speeding cycle times. By creating “a direct digital thread,” Hutchinson says, “we can remove what-ifs and empower the designer at the beginning of the process to know what it will take to make a customer-ready part.”

PostProcess Technologies offers a suite of products for support removal and surface finishing. Users may notice the white machines with orange lettering first, but on the inside, the company’s AUTOMAT3D™ software continuously monitors and adjusts key process factors. The Buffalo business has also developed a wastewater treatment solution for removing micro-sized particles of abrasive media and material debris. The company’s aqueous-based detergents support efficient processing without harsh chemicals.

Building the Machines and Adding Value

Daniel Hutchinson’s startup is the developer of this unique post-production process, but Mark Keller’s century-old company is the builder of the machines where the support removal and surface finishing happen. KTC, a leading manufacturer in western New York, adds value in many ways. Mark Keller calls Daniel Hutchinson “the genius behind the secret sauce” and “the brains behind the equipment,” but Keller Technology Corporation builds machines that are truly optimized for additive materials.

Partnering with KTC also enables PostProcess to “focus on our core competency,” Hutchison says. While the founder and his team work on the software and chemistry development, Keller’s company tackles the manufacturing challenges. “Keller allowed us to scale up our engineering department,” Hutchinson explains. “If we had to invest in making our own systems,” he adds, “we’d have had to hire people and buy equipment.” KTC also provides value-added services such as component sourcing.

Partnering with a startup can be challenging, but KTC welcomed the specific opportunity that PostProcess provided. “Many other startups have come to talk to us, but we’ve passed,” Keller explains. With PostProcess, however, Keller says that he liked the “culture” and saw “it was a fit.” The companies differ in terms of their histories, but they share the same values. “They look at people and resources the same way we treat them,” Keller says.

Like many startups, PostProcess Technologies began in a garage. During its first 30 days of life, however, the company landed a contract from a major defense manufacturer. Today, PostProcess employees 34 talented employees. Through tax-based incentives and academic partnerships, the START-UP NY program is also helping PostProcess Technologies to grow. Connections to the University of Buffalo (UB) provide access to interns and employee candidates, as well as access to UB material scientists.