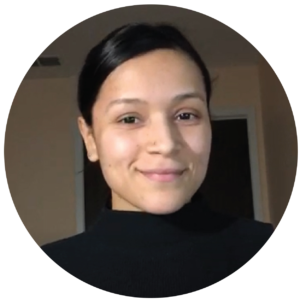 “A month later, we went to the New York Business Plan Competition, and I received the Minority Women Business Enterprise award.  From there we just kept competing and gaining traction.”

IZANA is a veteran-owned and woman-owned business that has reimagined the bra to meet the needs of active women.  The company’s innovative, simplified design has seven components instead of the approximately thirty that are found in most bras. The product also has a unique bottom support system and is made of breathable, anti-wicking, and anti-microbial fabric.

“My sister had an issue with bras because they didn’t fit her well,” said Isabel Castillo, CEO, and Founder of IZANA.  “I had the issue of having to wear two different bras just to go to the gym because I wasn’t getting enough support.  And throughout the day, you wear these bras, and the wires are poking you and the sliders move out of place and then one breast is more supported than the other. We redesigned it with bottom support instead of top support—so when you adjust the straps, it pulls from the bottom and has breathable fabric, so we don’t perspire.  All of these considerations were built into this bra.”

From Army to Entrepreneur

Castillo has designed a line of everyday wear bras, sports bras, and swimsuits for military women, keeping in mind the comfort, support, and endurance that they need. She served for four years in the U.S. Army and was stationed in Kuwait and South Korea.

When she left the military, she went straight to college, earning an associate degree in engineering. Her performance earned her a scholarship to Vassar College, where she earned a bachelor’s degree in physics. The internships she did while at Vassar taught her that she liked to innovate and design things, so a career counselor recommended she join the school’s entrepreneurship program.

She and her sister Eugenia, an advisor to IZANA, had already started working on the company. So, in 2019, during Isabel’s final semester at Vassar, she started going to pitch competitions.

“We placed first at the Mid-Hudson Valley Competition,” she said. “A month later, we went to the New York Business Plan Competition, and I received the Minority Women Business Enterprise award.  From there we just kept competing and gaining traction.”

It was at about this time that IZANA was introduced to FuzeHub through the Global Center for Social Entrepreneurship (GSCEN). Castillo met Everton H. Henriques, NY MEP Solutions Director, at GSCEN’s headquarters in Kingston, New York, and discussed design and manufacturing with him. The company is now leveraging FuzeHub’s Manufacturing Solutions Program and has been connected to New York State contract manufacturers that provide cut-and-sew services.

“FuzeHub has been helping to guide me,” Castillo said. “They have been a resource of information, connecting me to manufacturers, people who can help me [and] people who can mentor me.”

Putting the pieces together

Once the bra designs were set, it was necessary to determine the best way to produce them.  After trying traditional manufacturing, Castillo decided  3D knitting was best for the individual components. She was determined to use contract manufacturing in the United States, to ensure ethical labor practices, and kept moving the company forward even during the height of the COVID-19 pandemic.

For example, she hired a seamstress to produce a sample of the bra to show manufacturers how to sew the 3D knitted components together. At the same time, fabric swatches made from anti-microbial and breathable yarns were being prepared for testing.

“What is important about this fabric is that the cooling effect and breathability are inherent in the fabric rather than applied with a chemical,” Castillo said. “The chemicals wash off, so they don’t last long.”

Testing the various swatches to determine which would work best for each bra component will take about two months. Castillo, therefore, expects to be able to start manufacturing by March 2022.

Meanwhile, IZANA is selling its innovative bra clips that close but don’t slide. “We launched them to support the company because it is a bootstrap company,” Castillo said. “So, here we are, working on marketing, selling them [and] shipping our orders.  We are also working on our newsletter, trying to build interest and a customer base.”

Castillo has big plans for IZANA.  Within five years, she expects to have her own factory producing a full line of conventional bras, sports bras, and swimwear.  These will be available at military bases in the US and around the world. Non-military women will be able to order online, using an app that scans the torso and ensures a perfect fit.