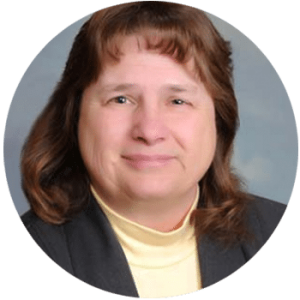 "Today, Kwik-Kut Manufacturing makes food cutters for the restaurant supply company that serves Panera Bread. "The next time you’re in Panera," Mary says, “ask the person making your bread bowl if you can see the cutter. You’ll see it’s labeled with our name."

Kwik-Kut Manufacturing of Mohawk, New York produces high-quality, Made-in-the-USA kitchen gadgets like the Tooth Edge Food Chopper. For over 80 years, the company’s products have been proudly made in Herkimer County, which is also home to the Remington Arms Company. From hunting rifles to kitchen gadgets, people in this part of the Empire State combine pride in craftsmanship with a sense of place. For Mary Morse, Kwik-Kut’s current owner, the company’s history is an important part of its identity.

During the 1940s and 1950s, Mary Morse explains, a model maker from Remington Arms started making food choppers in his garage. Bill Carter bought pre-sharpened blades and did the bending, shaping, and riveting himself. He advertised his products in the pages of Boy’s Life magazine and sent choppers to readers who then sold them as fundraisers. Carter shipped his products on trust, and didn’t receive payment until the gadgets were sold.

Bill’s wife played a role in the company’s early years, too. Mrs. Carter adorned each food chopper with a poem, and used ribbons to tie her words to Bill’s gadgets. The Ilion, New York couple didn’t have any children of their own, but Bill became a mentor to Mary’s father, John Fitzer, who also worked as a model maker at Remington Arms. Fitzer began helping with the kitchen gadget business, and production increased. In 1955, Bill Carter expanded operations to two Quonset huts.

By the end of the next decade, Carter was ready to retire. John Fitzer bought Kwik-Kut Manufacturing in 1968 and, a year later, retired from Remington Arms. In 1972, Mary began working at her father’s company until, as she jokes, she “found a real job.” Then a recent graduate of Herkimer County Community College, Mary had studied liberal arts and planned to become an English teacher. She had no manufacturing experience or business training, but began learning what she needed on the job.

In 1989, Mary bought the business from her father, who was suffering from lung cancer. John Fitzer didn’t want to sell the company to his daughter, Mary recalls, “because I was a girl.” She prevailed, however, and acquired Kwik-Kut by paying the mortgage in weekly increments to her mother. Today, Mary doesn’t just balance the books. She runs several machines and makes every chopper handle herself. In 2011, she was named a New York State Woman of Distinction, an honor bestowed by the New York State Senate.

Today, Kwik-Kut Manufacturing makes food cutters for the restaurant supply company that serves Panera Bread. “The next time you’re in Panera,” Mary says, “ask the person making your bread bowl if you can see the cutter. You’ll see it’s labeled with our name.” Kwik-Kut also makes food cutters that are used by Cracker Barrel for the Southern-style restaurant’s Eggs in the Basket entree. Kwik-Kut gadgets can be found on the shelves of some Wal-Mart stores, and are also available via Wal-Mart on-line.

At a time when many manufacturers are worried about an aging workforce and globalization, Kwik-Kut Manufacturing values its older, local team. Five of Mary’s eight employees are retirees, and they all work part-time. “That’s because some of them have to take a nap in the afternoon,” she jokes. Each employee has been trained to use multiple pieces of equipment, giving Kwik-Kut the ability to keep production humming regardless of who is or isn’t at work that day.

Like many smaller communities across New York State, Mohawk has faced its share of challenges. Yet factory closings and hundred-year floods can’t dampen Mary’s enthusiasm. Consumer preference for Made in America products is helping. Kwik-Kut Manufacturing is also benefiting from demand, especially among younger cooks, for simpler products. Mary Morse may sell Kwik-Kut Manufacturing someday, but if she does, she says, “it will have to be the right buyer and the product will have to be Made in the USA.”