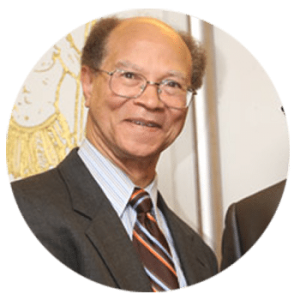 "For Patrick Jolly, the company’s president and a co-owner, the business that coined the term 'Jamaican-style' patties is like a family."

Tower Island Frozen Foods produces Jamaican-style patties with a delicious beef or chicken filling that’s seasoned with island spices and baked inside a pastry crust. For nearly 50 years, the company’s food products have been proudly made in Brooklyn, home to one of the largest populations of Jamaican-Americans in the United States.

Today, Tower Isles’ patties can be found in leading supermarkets and grocery stores. They’re also available through distributors and independent wholesalers. For Patrick Jolly, the company’s president and a co-owner, the business that coined the term “Jamaican-style” patties is like a family.

From Startup to Scale-Up

Early and Beryl Levi, a Jamaican-born husband and wife team, started Tower Island Frozen Foods in 1968. The company’s first location, a family bakery in the Crown Heights neighborhood, sold patties to local retailers who carried other Caribbean products. To meet USDA requirements, however, Earl and Beryl needed a production facility.

The couple financed a 5,000-sq. foot building, started a small manufacturing operation, and became the first Jamaican patty company to become USDA-certified. Within a decade, however, Tower Isles had outgrown this facility and needed a larger space. When a local car dealership left for Long Island, Earl and Beryl bought the property. Tower Isles’ continued to grow and add employees.

The Right Person at the Right Time

In 1975, Patrick Jolly joined the company as a bookkeeper. The Jamaican-born accountant had enjoyed a successful banking career before immigrating to the United States, and held a Bachelor’s degree in Accounting and an MBA in Finance from Pace College (now Pace University). Jolly had been offered a job by another company after graduation, but was unable to accept the position because of his visa status.

When a personnel agency told him about a bookkeeping job for “a little company in Brooklyn”, Jolly seized the opportunity. “It was like the right person had come in at the right time,” he explains. In addition to his bookkeeping duties, Jolly helped to improve production and increase sales. He thrived as Tower Island Frozen Foods grew and gained additional responsibilities.

In some family-owned companies, the death of a founder can mean the end of the business. Earl Levi had left his 50% share of Tower Isles to a son and a daughter, but the children had their own companies to run. So when Beryl died in 2011, she gave her 50% share to 20 valued employees instead. Patrick Jolly received a large part of this share, but ownership in Tower Isles wasn’t done changing hands.