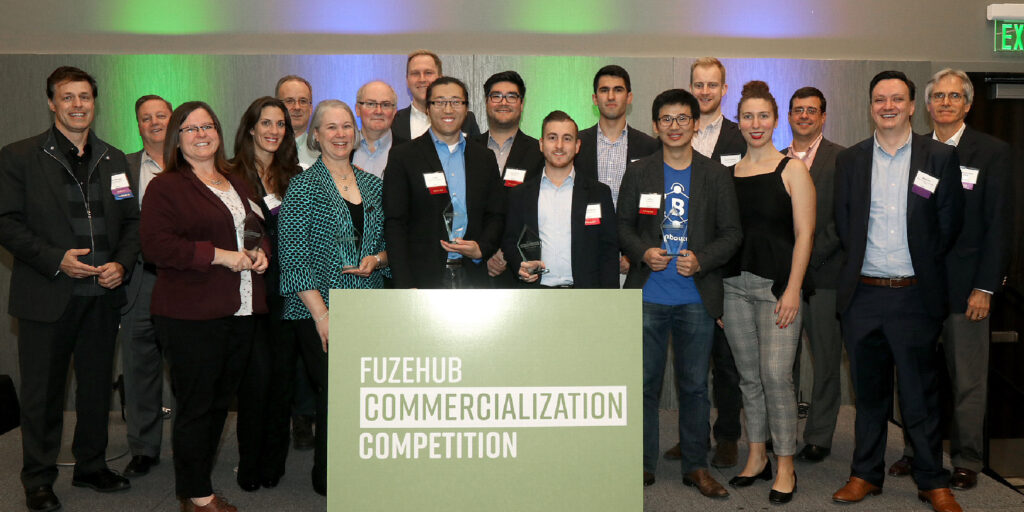 FuzeHub, a not-for-profit organization responsible for assisting small to medium-sized manufacturing companies in New York State, is pleased to announce the winners of the FuzeHub Commercialization Competition 2018, which took place Nov. 7-8 in Albany. Seven companies were awarded $50,000 each from the Jeff Lawrence Manufacturing Innovation Fund, which FuzeHub administers.

During the competition, 18 finalists from across New York State pitched their innovations in front of a live audience. A panel of 12 industry experts selected the seven award recipients based on the commercialization potential of their technology:

“These seven innovators—and truly, all 18 finalists—are a testament to the vitality of New York’s entrepreneurial ecosystem,” said FuzeHub Executive Director Elena Garuc. “It is clear that New York has a bright future in manufacturing, and FuzeHub is proud to do its part, and to support the competition winners with the funding to help advance their commercialization strategies.”

Empire State Development President, CEO and Commissioner Howard Zemsky said, “Congratulations to the seven awardees from this year’s competition, who exemplify New York State’s legacy of innovation and will use this funding to bring cutting-edge ideas to the marketplace.”

The finalists’ pitches and award presentations were the highlights of a two-day event sponsored by the Rensselaer Center for Automation Technologies & Systems (CATS), the New York State Science & Technology Law Center at Syracuse University College of Law and Innovate 518. The program included speeches, panel discussions and networking opportunities for entrepreneurs, executives and investors.

Arber Ruci, Director of the New York City Innovation Hot Spot, said “Credit goes to FuzeHub for putting together a great competition. It is really exciting to see so many promising young ventures and so much diversity in the room. For us judges, it was really hard to pick the winners, which is usually a great sign.”

The Commercialization Competition was launched in 2017 to support pre-revenue businesses at a specific stage in their product development. Prize money must be used to produce or improve upon a working prototype or beta phase, to enable the company to pursue additional investments and customers, leading to commercialization of their product. The awards were expanded from last year, when five companies shared in $250,000 in award money.

“The FuzeHub Competition is at the center of the maturing of our economic and startup ecosystem.,” said Robert Manasier, Entrepreneur-in-Residence at Innovate 518. “Funding focused on commercialization, not just research and customer discovery, is always needed. The focus on selling products, technologies and services has to be our goal because that is what drives sustainability and growth for any business, region, initiative.”

During his more than 20 years at the Center for Economic Growth, the Manufacturing Extension Partnership (MEP) affiliate in the Capital Region where he served as Executive Vice President and MEP Center Director, Jeff Lawrence directed programs of direct assistance to manufacturers and technology companies to increase their competitiveness. He is remembered for being an invaluable and generous mentor to many in the area’s business community and a tireless advocate for manufacturing innovation throughout New York.