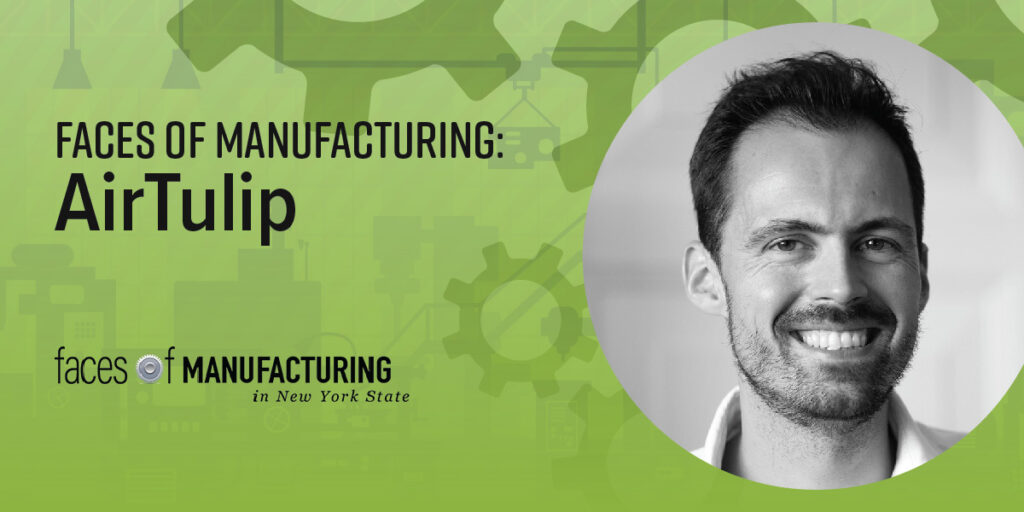 AirTulip is a Manhattan-based startup with a way to convert any indoor space into a cleanroom. The company’s technology was launched during the height of the COVID pandemic and is designed to arrest the spread of the virus and other contaminants in offices, medical facilities, gyms, bars, restaurants, and even the home.

“We wanted to see if there was a way to transform the technology we know exists in cleanrooms and make it portable and compact so we could place it indoors to create a safe environment for people to breathe,” said Arjen de Jong, Founder and CEO of AirTulip. “And we did.” 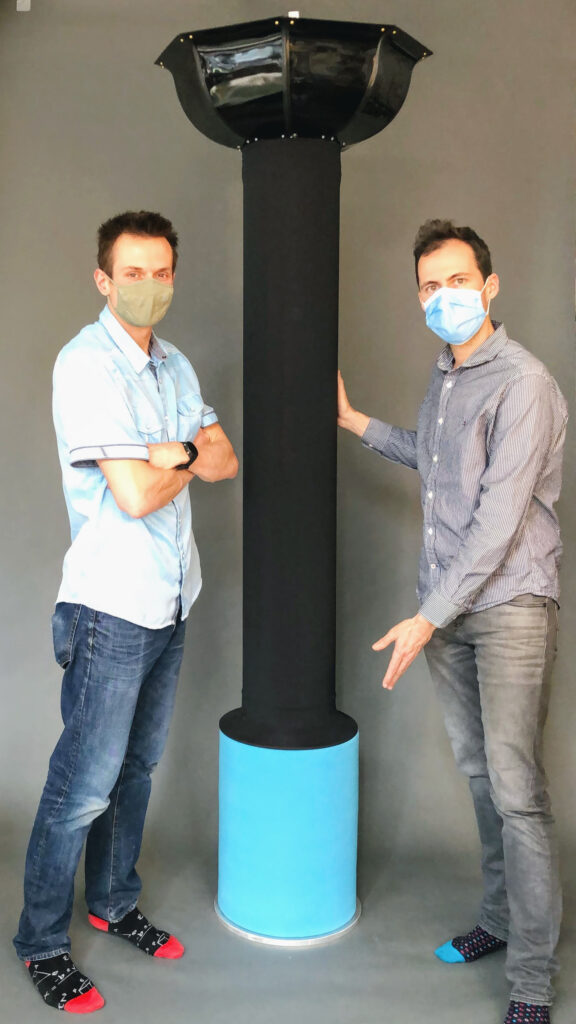 De Jong and his team were able to develop AirTulip quickly, in large part, because of de Jong’s deep background in aerospace engineering and product development.

“There are two sides of me,” he said. “I have a Ph.D. in Fluid Mechanics, which is airflow, so I have all the university degrees. But also, I grew up in manufacturing. Our family business in the Netherlands was making cleanrooms and aircraft maintenance equipment.”

He recalled how, as a child, he would build tracks and ramps on the factory floor and ride his electric bike amid people who were welding and cutting. He even had a treehouse inside the factory.

“So, that is where I come from,” he said. “I always have been able to build. I understand manufacturing. Where I am now comes from combining those two sides of me.”

When the pandemic hit, de Jong helped out with design and engineering efforts for improved lung ventilators. Then his thoughts turned to prevention.

It started when the Airdaptive team was working on a downdraft booth, an enclosure that cleans and processes air for painting and other industrial purposes. As in cleanrooms, the booth’s laminarized downflow creates a very slow, downward wind with no turbulence.

“That means there is no mixing,” de Jong explained. “So, if you light a cigarette there is no plume, just a straight line down to the floor. You don’t smell it. You don’t breathe it, nothing. And if someone coughs, it goes straight down and doesn’t spread. It doesn’t linger. That was the ‘aha’ on it.”

He began thinking about what he could do to put downdraft technology into nonindustrial spaces to make it safer for them to reopen. 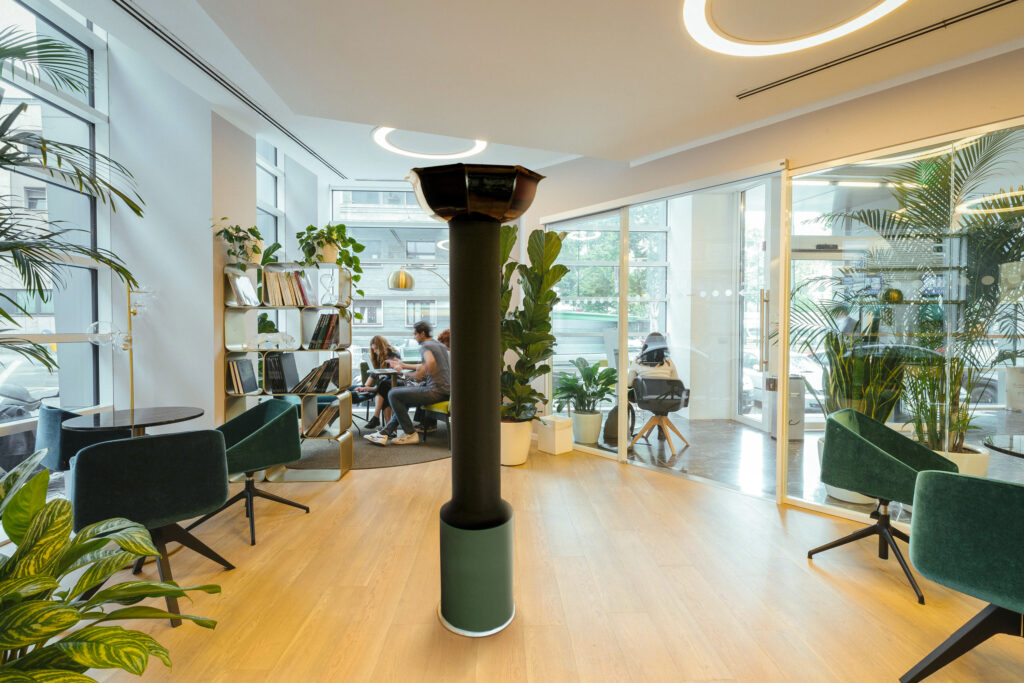 This was in late 2020. The aerospace engineers at Airdaptive helped with prototyping, and soon it was time to pilot test the AirTulip—so named to honor de Jong’s Dutch heritage and the fact that the design vaguely resembles the flower. The first tests were in bars, restaurants and health clubs.

“For example, we were mimicking what happens if you have a yoga class and someone has COVID,” he said. “Would it spread in the room? What is the effect of ventilation versus the effect of AirTulip? Our data showed that with AirTulip we had a 90% risk reduction in a large space.”

By working with both ITAC and FuzeHub, the statewide NY MEP center, Airdaptive made valuable contacts to advance the project. An important question for de Jong was whether AirTulip could be sourced and manufactured in the New York area. Fortunately, it could.

By mid-2021, AirTulip was operating on its own with a team of eight. De Jong is eager to hire more people as the company’s sales grow both domestically and internationally.

“It has been interesting to see which industries are interested in the product,” he said. “Initially we were looking at bars and restaurants but then we got a lot more traction from dentists and medical facilities.” 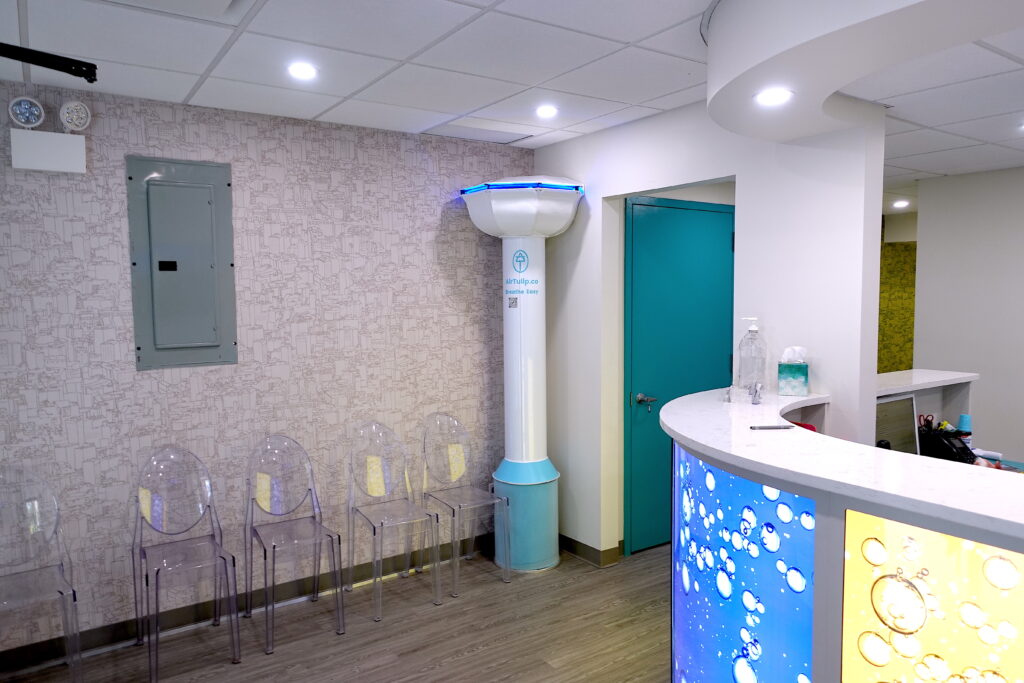 More recently, the company has pivoted to large office buildings, including the headquarters of a big New York bank.

“We are outfitting their main floors,” de Jong said. “We can enable medical-grade airflow in a building that already exists so we can create a safe space for people to go back to work.”

At the moment, the company has two products: the AirTulip stem and the larger AirTulip Canopy. In March 2022, it plans to launch a consumer product, Sleep by AirTulip, which integrates the AirTulip technology into a bed headboard to reduce asthma and allergies by eliminating airborne irritants.

“You can breathe completely clean air while you sleep for eight hours,” de Jong said. “That is a spin-off for us—to keep making spaces safe, but also now looking at increasing the wellness of people.” Although COVID was the impetus for AirTulip, de Jong is looking to a post-pandemic world. He envisions the company working closely with government agencies and universities to aid in research, awareness, and education around the topic of airflow and its importance in preventing illness.

“So, I think in five years we will have a much larger presence in the air purification/wellness sphere,” he said. “On the product side, it will be about creating a healthier indoor space for people so that work conditions are better, there is less sickness and less absenteeism. We will get it into people’s homes through different devices. There are a couple of products we have in the pipeline that can help with this and really create a better world. All our products will be unique, different in effect and enabling technology that wasn’t there yet, all-around airflow.”