JelikaLite is a New York City-based startup engaged in the development of an innovative, home-based solution for young children on the autism spectrum. Called Cognilium, it combines a wearable therapeutic device that uses near infrared light to safely stimulate the brain together with software that personalizes treatment and provides key data to parents and therapists.
“Autism rates are rising,” said Kayta Sverdlov, co-founder and CEO of JelikaLite. “There is no cure, and the cause remains unknown. Parents are looking for a solution. Our goal is to demystify autism by providing both parents and therapists with precise measurements of the child’s symptoms and with personalized treatment to permanently improve those symptoms.”

Sverdlov never imagined herself in the medical device industry. She graduated from Cornell University with a degree in economics and went to work on Wall Street. Then the financial crisis of 2008 hit, and she decided she wanted to do something more with her life.

“I wanted to do something good for humanity,” she said. “So, I became a lawyer. I help families organize their lives.”
Many of her clients have children with autism or other special needs that must be addressed through estate planning, giving her an insight into the struggles of such families.

Meanwhile, Sverdlov’s longtime friend, child psychologist Dr. Eugenia Steingold, was becoming frustrated with the lack of treatment options for her autistic patients. Behavioral therapy and medications did nothing to address the underlying causes of the condition. She did some research into transcranial (“through the head”) photobiomodulation (PBM), a noninvasive treatment used for neurological conditions such as traumatic brain injury, depression, and dementia. PBM therapy stimulates the brain with near infrared light, increasing cerebral blood flow and reducing inflammation. The brain receives more oxygen and nutrition, increasing its ability to heal. With continued use, cellular mitochondria activate and energy molecule production increases, enhancing connections between neurons.

Steingold found two university-based studies testing PBM with autistic people. Both showed promising results, with language skills and anxiety symptoms improving by as much as one-third. That is enough to separate moderate autism from severe autism, and this can mean the difference between institutionalization and independent living. What Steingold could not find were any commercial products designed for this purpose.

“I said, ‘if there is nothing available, we have to do it,” Sverdlov said.

In 2019, Sverdlov and Steingold, CSO of JelikaLite, went to work developing Cognilium.

“We didn’t know much,” Sverdlov said. “We did not know what a medical device was or what it would take to develop one. But we have been learning through the process.”

The young company got assistance from the Westchester County Biosciences Accelerator, which provided both education and valuable connections. It raised money from several angel investors based solely on its concept and set about building a prototype and filing for patents.

One big, early decision for Sverdlov and Steingold was whether Cognilium would even be a medical device, or a “wellness” device they could bring to market much sooner. After speaking with both parents and therapists, they decided an FDA-approved medical device would have more credibility and enable them to work with physicians.

They knew this would mean a longer, more expensive road but didn’t realize how much longer until they applied to an Institutional Review Board (IRB) for permission to conduct their first clinical study. Under FDA regulations, an Institutional Review Board is a group that has been formally designated to review and monitor biomedical research involving human subjects. In accordance with FDA regulations, an IRB has the authority to approve, require modifications in (to secure approval), or disapprove research.

“It took almost a year to get the OK,” Sverdlov said. “We are working with young children using an experimental, interventional treatment. The IRB required us to go to the FDA first and get classification for our study.”

Once the FDA had designated Cognilium as a “non-significant risk device,” the company returned to the IRB and received approval for its trial, which began in March 2021. 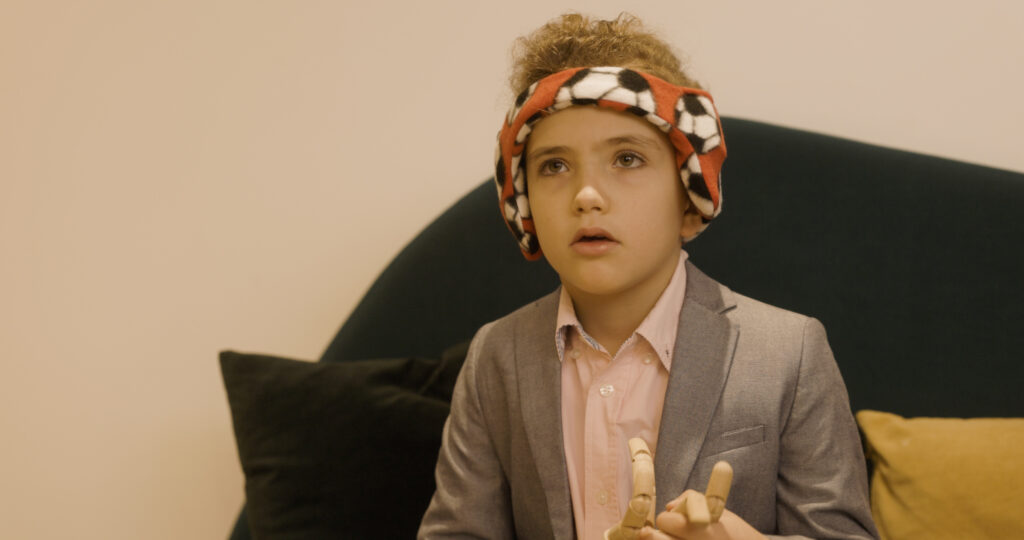 The double-blind placebo controlled clinical study saw “spectacular results,” Sverdlov said. Children aged 2 through 6 weregiven PBM therapy for eight weeks, coming to a clinician’s office twice a week, for 30 minutes at a time. Among the success stories: a two-year-old boy who was completely non-responsive began playing with toys, and interacting with other children and saying his first words. His therapist changed his classification to “alert” and his mother was able to put him into daycare and return to work.

“It changed her life,” Sverdlov said.

Like most startups, JelikaLite has been challenged by both time and money. To date it has raised about $1 million but will need more to commercialize its product. Sverdlov and Steingold do not pay themselves salaries, and instead continue to work full time in their respective law and psychology practices.

“It is difficult to build a company and develop technology and figure out patents and regulatory pathways all on a part-time basis,” Sverdlov said.

Not that the partners have been alone in their endeavor. In addition to the Biosciences Accelerator, they have received mentoring from the Long Island Business Institute and participated in the Central New York Biotech Accelerator (CNYBAC) Medical Device Innovation Challenge. They also have a strong relationship with FuzeHub, which began when they entered, and won, the 2020 FuzeHub Commercialization Competition, receiving a $50,000 prize. FuzeHub then introduced the company to the Advanced Science Research Center (ASRC) Sensor CAT, a NYSTAR-funded Center of Advanced Technology at CUNY. Sensor CAT, in turn, connected JelikaLite to an industry partner that has helped it perfect its measurements and light dosages.

“FuzeHub introduced us to as many people in New York as they could,” Sverdlov said. “We had periodic calls and they would ask how they could help, and I would tell them and that’s what they did.”

But Sverdlov said one of the biggest things FuzeHub did for JelikaLite was to feature it in a June 2021 podcast with Steve Melito.

“That gave us huge visibility,” she said. “That is how we were found by The BRAIN Foundation, a large nonprofit in California which invited us to present at their conference in December (2021). That gave us introductions to professors, key opinion leaders and other companies in the industry—and all of that came because Steve did a podcast with me.”

In January 2022, the FDA granted Cognilium its Breakthrough Device Designation, which is given to products that hold the potential for more effective treatment of a life-threatening or irreversibly debilitating human disease or condition.

With that key designation in hand, it submitted to the FDA the protocol for a second, larger clinical trial using an improved prototype. The results from that upcoming study will be used to get final FDA de-novo approval “so that we can get the device into the hands of the parents,” Sverdlov said.

Meanwhile, she is working on getting insurance reimbursement coverage for Cognilium device so parents of all means can have access to it. The ultimate goal is to make the device available to parents all over the world—many of whom have already called JelikaLite after hearing the results of the first study.

Although the focus has been on autism, Sverdlov said Cognilium has potential with other pediatric neurological disorders including anxiety, ADHD, depression, and sleep disorders.