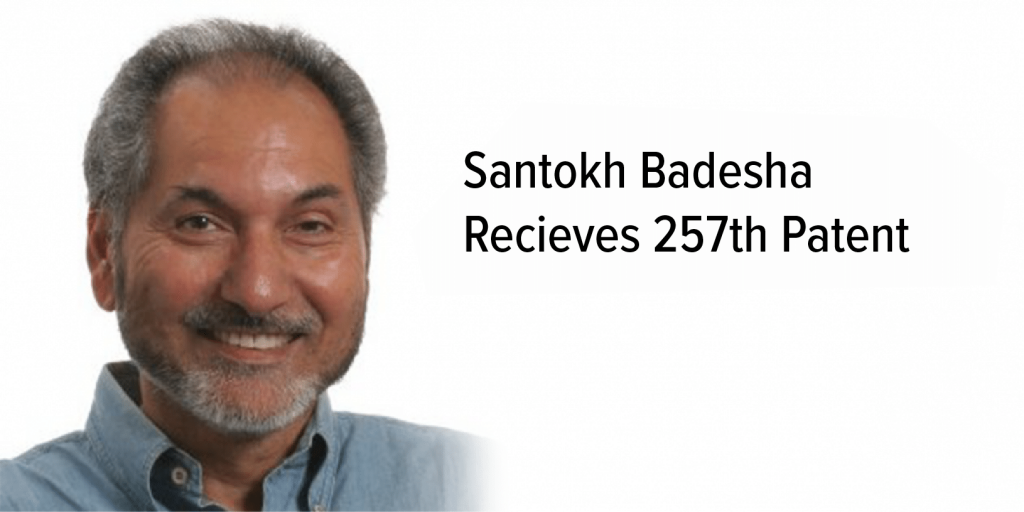 Note: Dr. Santokh Badesha, a valued member of FuzeHub’s Board of Trustees, has reached another major milestone in his already distinguished career at Xerox. The interview below was conducted by Matt McCue, Storyteller at Xerox, and celebrates Dr. Badesha’s company-high 257th patent.

If the U.S. Patent Office moved a little faster, Santokh Badesha, Xerox Fellow and Manager Open Innovation, would probably have over 300 patents by now. But the patent review process can take anywhere from one to five years. Santokh hasn’t let that slow him down.

He recently received his 257th patent for work on a printer dryer subsystem for the Baltoro Color Accelerator. He adds that to his career list of inventions that includes how Xerox printers create images and the subsystem that affixes the images on the paper.

Here, he discusses his latest invention, how he comes up with ideas, and how many patents he would like to have in his career.

Tell us more about your latest invention.

The patent was filed with the USPTO later in June of 2019 and was issued on November 3, 2020.  It went through the system with lightning speed, therefore an indication of its novelty. It is U.S. Patent 10,821,747 with inventors Chris Mieney and David Derleth.

In Xerox Aqueous Ink Jet-based printing presses, the dryer subsystem enables removal of water and co-solvents from the ink. This is important because the inks that are jetted on the papers are water-based, so the image has a lot of water, which you need to remove before you have the affixed image. This accomplishes that.

How exactly does this dryer transport mechanism improve the product?

Where do you come up with an idea like that? Does a light bulb go on in your head?

It’s rare that a light bulb just goes on in your head. In my case, there are different sources of the idea. I work very closely with teams working to solve technology problems, and when I get in with them, I can go in with a fresh look and bring new ideas. I can then build on their idea, rather than coming up with something in the shower.

The other source of ideas is from interactions and research collaborations with academic institutions of higher education and their networks.  This has enabled inventions having a very strong scientific base addressing our critical technology challenges.

How does the patent process work?

Over the years our internal patenting process has evolved from documenting the idea in a notebook with witnessed entries as a proof of inventorship and formally submitting documents for internal processing, to now submitting in Anaqua (a software that documents intellectual property).

In either case, the system requires answering a few fundamental questions including: What is the problem being addressed? What is the idea? What is currently being done? What are you proposing? Has the concept reduced to practice? How does it fit in overall implementation protocol?

We put these answers in an invention disclosure form and then go through the evaluation process with a committee run by the Xerox IP office. Based on the recommendation, it goes to our legal department and is filed with the USPTO.

You have 257 patents to date. How many more would you like to get in your career?

I currently have another 40+ patent applications in various stages of the patenting process. If I can work a little longer, maybe I can get to have 300.